Biscotti — also known also as cantuccini — are Italian almond biscuits (cookies) that are twice-baked, and they are fantastic on their own or served with warm beverages.

This Apple Cinnamon gluten-free biscotti brings together a nice blend of ingredients including almond and buckwheat and amaranth, which complement the Apple and Cinnamon flavors wonderfully. These biscotti are created in the spirit of the varieties featured in our Gluten-Free Desserts cookbook, which features our standard gluten-free Almond Biscotti and the GF Chocolate Orange Macadamia Biscotti variety too. 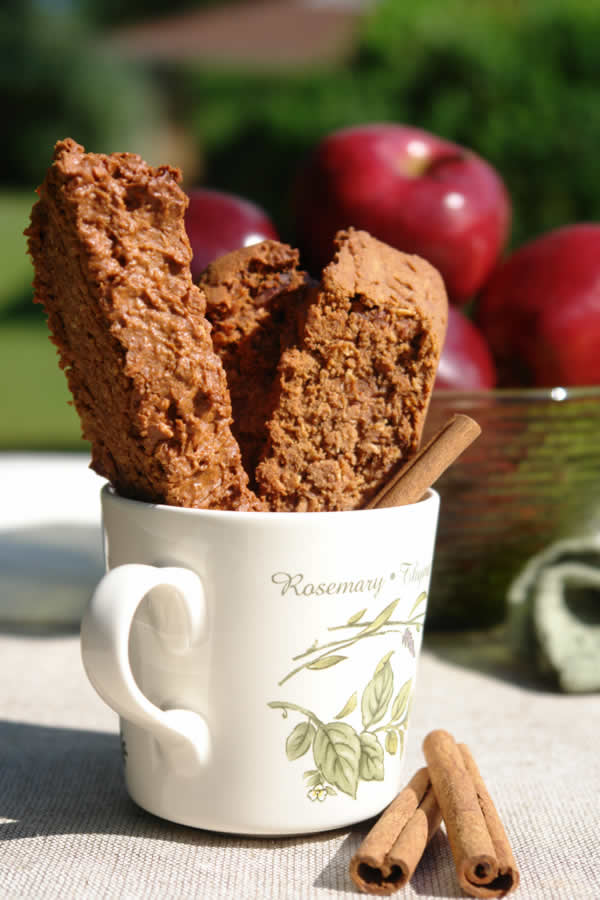 Preheat the oven to 375 degrees F.

Place biscotti back into the oven and continue to bake for an additional 10 minutes.

Upon removing the gluten-free biscotti from the oven, use a knife to re-cut biscotti pieces (this will ensure that they will easily come apart from one another). Transfer the individual biscotti onto a greased baking sheet so that they are standing upright.

Reduce oven temperature to 300°F and bake for an additional 100 minutes. 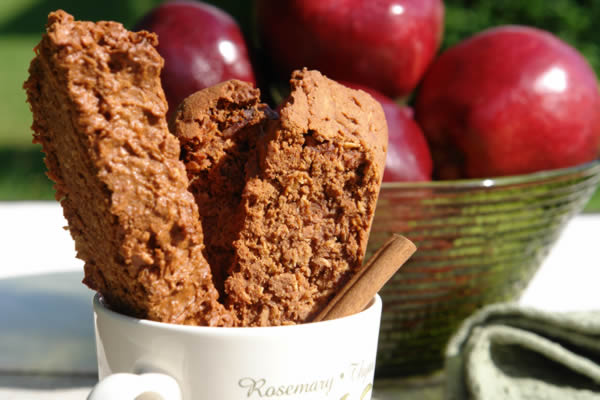