Gluten-Free Cinnamon Vanilla Pudding: Creamy cinnamon vanilla pudding is an excellent treat on its own, and is very useful as an accent to other desserts. 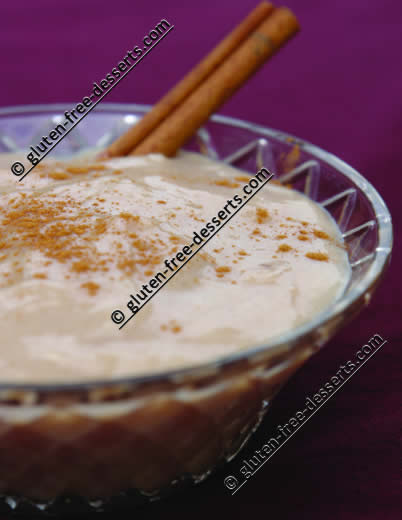 Ingredients
Yield
Serves eight.
Baker’s Tip
For presentation, sprinkle a bit of ground cinnamon on top of pudding and/or place a cinnamon stick in pudding (as pictured).
Directions